James works with teams both before and after they consider forming a company, assisting with the development of business plans and value propositions with a view to the team making applications and pitches for Pre-seed and Seed investments. James also attends the Board meetings of the University spin-out companies RoboK as a Director, and BKwai and Bond180 as an observer.

Prior to joining Cambridge Enterprise, James worked for a Cambridge-based software start-up for three years in a variety of internal and client-facing roles. Starting as an analyst delivering consultancy projects for clients, he progressed into account management while also contributing to sales, feature development and testing.

James has an MA in Natural Sciences from the University of Cambridge, studied Management at the Cambridge Judge Business School, and has an MBA from the Quantic School of Business and Technology. 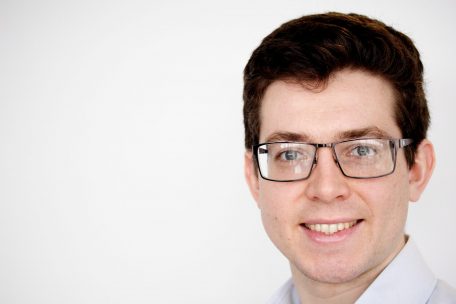