In addition to the specialist knowledge, experience and wealth of commercialisation experience within our team, we work with a number of Associates on our programmes.

Our Associates use their considerable academic, commercial and delivery expertise to help design and deliver programmes and activity to support you in  your research commercialisation goals.

Our Associates offer support by:

Alex runs his own innovation consultancy business, advises businesses on R&D grants and grant funding programmes, is an assessor of grant applications for various public authorities in the UK and elsewhere, and is a regular mentor for the UK’s Leaders in Innovation Fellowships programme.

Prior to this, Alex was an Executive Director of St John’s Innovation Centre Ltd, a world-renowned centre that provides flexible accommodation and a supportive environment to early-stage, knowledge-based businesses.

He has a PhD in Materials Science from the University of Cambridge and worked in materials research and development for five years before branching out into the support of innovation, entrepreneurship and the commercialisation of new knowledge. 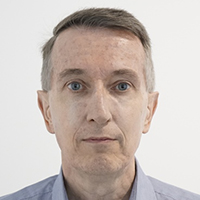 Brian Corbett has 40 years’ experience in high technology business management, sales and marketing in both start-up and large corporate environments. Brian has developed a number of innovative start-ups and a notable achievement was the successful growth and sale to Microsoft of Entropic – a spin off from Cambridge University’s speech and robotics group.

Since May 2012, Brian has helped to deliver the International Outreach Programme (IOP) for Cambridge Enterprise. He has contributed to significant growth in the IOP’s activities and revenues, and has been a key member of the delivery team working with numerous universities and innovation agencies, on a global basis.

This has comprised training, coaching, mentoring and advisory work to enable those institutions to build capacity and capability to successfully transfer research and innovation from the laboratory to the commercial world. 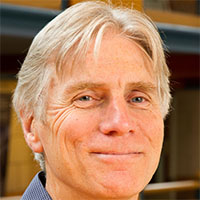 David has been Managing Director of St John’s Innovation Centre in Cambridge, a 6,000m2 incubator founded in 1987, since 2008. He previously ran the Innovation & Technology Unit at HSBC Bank in London (1997-2004). Educated at Cambridge, he was called to the Bar by the Middle Temple before working in corporate finance for US and UK banks.

A Sloan Fellow at the Stanford Graduate School of Business in California (2004-05), he is an Academic Visitor at the Institute for Manufacturing (University of Cambridge Department of Engineering), and a non-executive director of ET Capital (venture capital), Syndicate Room (angel finance), Ask Inclusive Finance (inclusive SME lending), and the European Business Network (business incubation). He chairs the European grants sub-committee for the Greater Cambridge Region. In recent years, he has been involved in advisory and training projects for Poland, Libya, Kuwait and China. 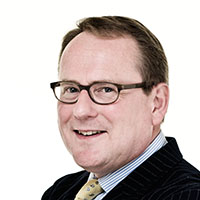 David is an independent consultant in the areas of research commercialisation, intellectual property and technology transfer – in the UK and internationally. Recent assignments include work in Thailand, Saudi Arabia, Japan, Brazil, Chile, Lebanon, Jordan, Mexico and Europe. He is based at the University of Cambridge and is a Life Fellow of Gonville & Caius College. In 2002, together with Lita Nelsen of MIT, he founded Praxis (now PraxisAuril), the leading UK technology transfer training organisation. He served as Chairman or as a Director of that company until 2014 and is now Patron. For his contributions to ‘creating environments that favour enterprise, specialising in the practical aspects of commercialising the results of academic research’, he received the Queen’s Award for Enterprise Promotion in 2007.

Previous roles include: Senior Bursar, Gonville & Caius College; Chief Executive of the N8 Research Partnership (a collaboration of the eight most research-­intensive universities in the North of England); Director of Research Services, University of Cambridge; Director of Drug Development, Cancer Research Campaign (now Cancer Research UK); Director of Monoclonal Therapeutics, Celltech Ltd.; and Tenured Group Leader, Medical Research Council (MRC) Laboratory of Molecular Biology. As a consultant, he has advised universities, governments and individuals on commercialisation of intellectual property, as well as acting as a non-­executive director of technology and investment companies. He is a non-­executive director of Crossword Cybersecurity plc and an angel investor.

Secher graduated from the University of Cambridge (Churchill College) with first class honours in biochemistry. His PhD work at the MRC Laboratory of Molecular Biology was with César Milstein (Nobel Prize-­winner for discovery of monoclonal antibodies). Together with Derek Burke, Secher made and patented the first monoclonal antibody to human interferon. 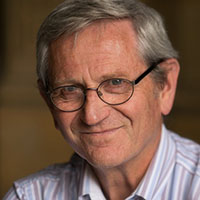 Dr Jessica Ocampos is Co-founder and Director of Camnexus, a tech start-up from the University of Cambridge, providing a tech transfer platform that responds to global challenges in sustainable development through digitalisation and smart transformation in key productive sectors.

Jessica has more than 15 years’ experience involved in management and commercialisation of R&D results from academia and industry, leading and supervising international engineering and tech transfer projects for multinational companies including Bayer Corporation in USA, Procter & Gamble Latin America, and Air Liquide in Germany and France.

Since 2015, Jessica has worked with Cambridge Enterprise as an Associate where she advises as consultant and trainer to industry, academia and policy makers in innovation and tech transfer in Latin and South America as well as across Europe. In 2018, she became a fellow member of the Centre for Environment, Energy and Natural Resources Governance (C-EENRG) of the University of Cambridge supporting the process of tech transfer in food, water and energy. 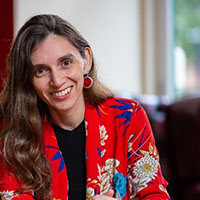 Dr Jill Chu is a banker-turned-consultant with over 14 years’ experience in financial markets and wealth management. She started with Citigroup Taiwan as Investment Manager and moved to Hong Kong as Investment Director for Merrill Lynch. She subsequently worked with many HNW individuals, helping them to pursue alternative investment targets including tech start-ups and innovation ecosystems. Following this success, she founded consultancy service CreatiCity, working with clients including Beijing city, Yiwu city, and Zhejiang Province. Her projects include facilitating University of Oxford to set up the Belt-n-Road Research Centre in China.

She obtained a Doctor of Business Administration (DBA) degree from HK Polytechnic University (PolyU), and went on to become Project Manager for PolyU AMTD FinTech Centre. Actively involved in the collaboration in FinTech between London and Beijing, supported by Beijing Bureau of Financial Work, Jill was appointed as foreign expert committee member of Beijing FinTech Research Centre. She is currently Assistant Professor in FinTech at MCU Taiwan and is a Research Associate at UCL Blockchain Centre in UK, and has completed research projects in FinTech, tech commercialisation, ecosystem development from Beijing City Representative Office in HK. 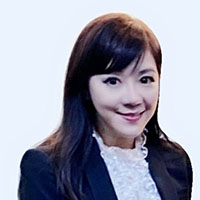 He has taught and mentored entrepreneurs in several countries, enabling founders of science and technology-enabled businesses to unlock hidden value in their ideas, turn them into full business proposals and have the confidence and self-belief to take their ideas forward.

Shai continues to be curious about the mindsets, skills, knowledge and personal goals of entrepreneurs, which has led to conducting research, publications and books, alongside developing growth programmes for SMEs. 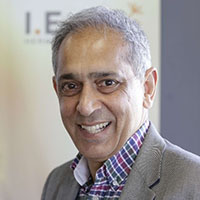 Shirley Jamieson worked at Cambridge Enterprise as a member of the senior management team from its inception in 2004 to December 2019, first as Head of Marketing then as Head of International Relations and Programmes. During this time, Cambridge Enterprise has grown to become one of the world’s leading commercialisation offices. Since 2004, projects have been completed in the following countries: Brazil, Chile, China, Columbia, Czech Republic, Denmark, Finland, Hong Kong, Japan, Korea, Lithuania, Mexico, Norway, Poland, Southern Africa and Turkey.

Shirley has extensive experience of start-up companies from her experience of working for more than 15 years in executive search, initially for Egon Zehnder International as a researcher and then for six years as Managing Director of Scientific Resources, part of the Generics Group. During the mid-1990s, she ran her own consultancy firm specialising in senior appointments for technology-based companies. In 2002, she was the Cambridge Evening News ‘Business Woman of the Year’. Shirley sat on the Main Board of Anglia Ruskin University from 1993 until 2012 and is currently Chair of Cambridge Meridian Academies Trust which manages 13 primary and secondary schools. 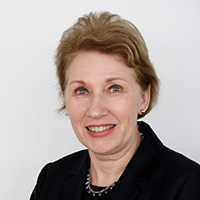