Does every university need its own venture fund?

Latest Blog Does every university need its own venture fund?

There are a number of other funds affiliated with various universities across the country. Cambridge Enterprise Seed Funds is this year celebrating 21 years of investment. IP Group has had deals with various universities for some time. This is in addition to Imperial Innovations, Oxford Sciences Innovation and of course our very own Cambridge Innovation Capital (CIC). Together these entities have made a lot of money available for university spin-outs.

So, the short answer to the panel’s question was no, every university does not need its own fund. But if they want one, there are some key questions to consider and, I believe, some core principles to uphold.

Any venture fund needs to be of a minimum size. Operational costs must be covered (which includes people to make and manage the investments) and (big shock) they also need a decent amount of money to actually invest. Conventional wisdom suggests that £50m is a good starting point.

Putting this sum to work within a reasonable timeframe will require a deal flow that not every university can provide. Sufficient deal flow is not a question of research quality, but rather of quantity. Even the most research-intensive universities may not be able to support a dedicated fund, especially one that plans to grow beyond the £50m starting point.

Several university funds have looked beyond their campuses to increase deal flow. Imperial Innovations expanded their investment activity beyond Imperial College to include Oxford, Cambridge and UCL. CIC has a remit to invest in anything in the greater Cambridge cluster (not just Cambridge University spin outs). If deal flow were the only point of discussion, this would be a very short blog post indeed (more’s the pity I hear you cry).

Another consideration around university-affiliated funds is the right of first refusal to IP, colloquially known as pipeline arrangements. Universities generally dislike pipelines when they do licensing deals, mainly because pipelines tend to forward sell IP. This can conflict with third party funding terms and conditions. Given this, it seems ironic that these investment funds want (and often get) pipelines to opportunities coming out of their associated universities.

At Cambridge Enterprise, we don’t like pipelines. Even our seed fund does not have first right of refusal to Cambridge University opportunities and that’s OK. Our goal within Cambridge Enterprise Seed Funds is to be the fund our academics and spin-outs want to work with, rather than the fund they are compelled to work with. This leads to a much better working relationship and a greater likelihood of success.

I am, however, sympathetic to the reality that if you are going to raise a fund to invest in particular university spin-outs, you will need some assurance that you will get the opportunity to invest in them. This assurance will, in all likelihood, mean a contractual obligation on behalf of the university to go through that particular fund.

Another issue—and this is a big one—is the danger that an opportunity will be tainted if the affiliated university fund turns it down. While being turned down by one or more investors does not necessarily preclude finding investment from elsewhere, as a university spin-out, if your own affiliated fund turns you down, it’s a lot, lot harder to overcome this rejection.

At the risk of revealing the best-kept secret in the investment world, investors aren’t infallible (crazy concept, I know). We sometimes turn down good companies, and we occasionally invest in bad ones. We also trust other investors’ opinions. We sometimes turn down opportunities because they have been turned down by others. Conversely we sometimes invest in companies despite others turning them down. However the negative perception created when a university fund turns down a university spin-out means that it’s less likely that other investors will grasp the nettle and invest. Managing this perception is something any university fund manager has to put a lot of effort in to.

Last—and by no means least—is the question of income versus impact. University-affiliated funds often try to make significant returns and simultaneously deliver the university mission. In trying to achieve both things, however, they run the risk of doing neither one terribly well.

Our purpose, at CE Seed Funds, is to deliver Cambridge University’s mission to benefit society. We focus more intently on the societal impact of the companies we invest in than the financial return we can get from them. We also make great efforts to take care of our founders and make sure they are treated fairly, even at the expense of our own potential financial returns.

Obviously we have to consider finances and make a return on our investment. We have to cover our costs and protect the long-term future of the fund. We work hard to align all of these somewhat conflicting objectives.

Peculiarly enough, this principled approach has delivered excellent fund performance, as described by Anne Dobrée’s blog post comparing our performance to the best VCs in the world. Perhaps every investor, whether university-affiliated or otherwise, should adopt this approach: fund promising companies for the right reasons, treat the founders fairly and let the returns take care of themselves.

There is a real benefit to being affiliated with a university that can be very powerful. As any aficionado of the Spiderman franchise will know, with great power comes great responsibility. 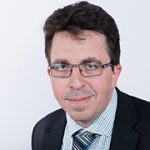