“We can be very proud of what Cambridge has achieved in the past and what it’s achieving today,” said the Chancellor, who praised the efforts of those who “have revolutionary ideas and those who help bring them to market.”

The annual event is held to showcase some of the technologies that Cambridge Enterprise, the commercialisation arm of the University of Cambridge, has recently helped bring to market. Among the 10 companies exhibiting were Reduse, whose cutting edge ‘Unprinter’ technology removes print from paper, dramatically cutting CO2 emissions compared to recycling; Quethera, a gene therapy start-up developing a treatment for glaucoma that could prevent associated blindness and ICthinking (Cambridge) Limited, which works with communities to promote social cohesion, and inhibit the pathway that leads from extreme thinking to violence.

We can be very proud of what Cambridge has achieved in the past and what it’s achieving today.

“It’s not possible to exaggerate the importance of this stream of new companies,” said Lord Sainsbury. “It’s a fundamental fact that far too few politicians understand that the UK cannot compete with countries like China in areas where lower wages are important. Our nation’s future lies therefore not in the race to the bottom and the lowest cost and wages, but the race to the top of the knowledge-intensive economy, which depends critically on investment in research and its commercialisation. That’s why governments around the world are beginning to see universities as key players in the global economy.”

Speaking to those assembled, Tony Raven, CEO of Cambridge Enterprise, said the perception that the UK is great at inventing but poor at commercialisation has faded. He cited an MIT study that places Cambridge University’s entrepreneurial ecosystem alongside MIT and Stanford.

“Over the past 20 years [the perception] has been transformed, as evidenced by the fantastic leading-edge technology and know-how surrounding us tonight,” Raven told the audience. “Much of the change is driven by the change in British universities, and now there can be few for whom the word ‘impact’ does not play a role in their research and scholarship.”

He went on to say that without academics, researchers and investors, the very people attending the night’s event, the exhibits inside St. John’s College Hall would be empty.

“We have the resources, the people, the mentors, the support, the investors to make this all work,” Raven said. “Most people think Cambridge Enterprise is about making money for the University. In fact, that’s our lowest priority as given to us by the University. It’s about having a social impact on people’s lives.” 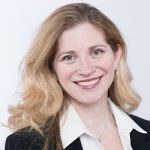