Some lessons for scientists from the Lean Start-up Approach

Being familiar with Lean Manufacturing, which focuses on eliminating waste and improving flow in factories, I expected Steve’s talk would be about applying the ‘Lean’ methodology to new ventures. Not so!

Improving efficiency is important to both, but the Lean Start-up methodology is primarily about making new business creation less risky. Working in university technology transfer, where forming new ventures is often the only way to commercialise research, reducing risk sounded good to me. I listened attentively.

At the core of the approach, Steve said, is the premise that a start-up is a temporary organisation, and its mission is to find a sustainable business model. (An existing company, by contrast, executes its business model.)

He explained that the business plan taken to investors, while plausible, is essentially a series of hypotheses. To improve its chances, a start-up should promptly and rigorously test these hypotheses. This means getting customer feedback on the plan as soon as possible, identifying and assembling a minimum viable product, collecting customer views on this ‘MVP’ and redesigning or changing direction (pivoting) if the plan isn’t working.

As someone who trained as a physicist, Steve’s process seemed appealingly familiar. It was a lot like the scientific method: create a hypothesis, devise a test, collect results, revise the hypothesis and then experiment some more until you have an answer.

There are so many unknowns when starting a business; having the perfect plan at the outset is impossible. But with a hypothesis and the willingness to test it, you’ll have lots of information within six months. If you aren’t willing to put your idea out there, however, you may miss the commercial opportunity.

The approach Steve described not only fits my own experience, I also saw that I could use it to reassure and encourage the academics I work with. The skills they already had were relevant to starting a new venture. Not only that, they didn’t have to worry about having all the answers at the outset. Indeed, the whole point of doing an experiment is that you don’t know the answers but want to discover them.

The key is being willing to be wrong, to get negative feedback and learn from it. There are so many unknowns when starting a business; having the perfect plan at the beginning is impossible. But with a hypothesis and the willingness to test it, you’ll have lots of information within six months. If you aren’t willing to put your idea out there because it isn’t perfect, however, you may well miss the commercial opportunity.

Because the Lean Start-up approach recognises that the initial business plan is likely to change, the founding team’s ability to get going quickly, interact with customers and continually learn is more important than the details of that initial plan.

Listening to Steve, I understood why people say that the founding team is more important than the initial plan or even the technology. While an initial plan is essential and the technology central, it’s the founders’ ability to devise—and rapidly revise—a sustainable business model that can make or break a start-up.

There are many reasons a start-up can fail, but using this approach helps ensure that timidity isn’t one of them. The only change I’d make? Call it the Bold Start-up Approach. 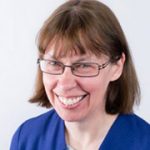