Preference shares come in many shapes and sizes but have two basic aspects:

Multiple. That’s how many times the original investment a preference share holder will take before anybody else gets a look in. For example, if I invest £500,000 and receive 1x preference shares, then I get £500,000 back first. If its 2x, I get £1 million, and so on.

Participating or non-participating. Participating preference shareholders get the multiple of their money back and then they share the remainder of the proceeds according to percentage ownership; double dipping if you like. Holders of non-participating preference shares will simply share any sale proceeds according to percentage ownership as long as they get at least their multiple back. So they get downside protection, but no double dipping.

At Cambridge Enterprise, we generally dislike preference shares. In fact, we prefer to avoid them. In our opinion, they are divisive and dis-incentivise the founders.

Let’s look at a typical example of the sort of deal we see around Cambridge: A company raises £4 million with a pre‑money valuation of £1.5 million. The investors think that the valuation is too high (and if I’m honest, it probably is). However, rather than negotiate on the valuation, they insist on a 3x multiple of preference. So you have a situation where the company has a £5.5 million post money value with £12 million worth of preference. This means that the founders (and let’s be real, it’s the founders that grow businesses, not the investors) have to more than double the value of the company before they get anything. That’s right – anything. So where’s the incentive?

I’ve heard many justifications from investors about why they expect and demand preference shares and I pretty much find them unconvincing.

I’ve heard many justifications from investors about why they expect and demand preference shares and I pretty much find them unconvincing. Investors take these shares because they can. This is positional bargaining in its purest form. Here is a snapshot of what I have heard too often.

I haven’t heard of any case where the tax man goes after founders over the value of the shares.When I challenged the above investor on this issue, he (or she, let’s keep things anonymous to protect the guilty) conceded this was in fact a weak argument. He then mentioned that at least they were consistent with their terms. This belated honesty was at least refreshing.

I would say, ‘If the valuation is crazy, then don’t invest.’ If the founders have got the valuation so wrong, then what else have they got wrong? Sales projections? Technology benefits? Ability to deliver on the plan? Also, if the initial valuation is mad, then there is a strong possibility that there will be a correction in later funding rounds. If this happens, the founders will be even more negatively affected, for which they will not thank the investors. What I didn’t ask during this particular conversation was whether the investor ever took ordinary shares in any of the deals he/she has done. I strongly suspect the answer was no, which presumably meant that every investment he/she made had a crazy valuation. Very professional.

The founders are taking risks as well. Career, salary sacrifices, past sunk costs. The important thing here is the value of what both parties bring to the deal, not the relative risks they are taking.  Investors bring cash and hopefully, contacts.  Founders bring technology, know how, insight, ideas, effort etc., etc., etc.

Well this one may be true to some extent, but this is what investors are paid for. If you don’t feel the pain of making a mistake in valuing a business, then there’s no incentive to get it right next time.

Understood and sympathised. However the reality of high-tech investing means that downside protection is rarely of use. When high-tech companies fail, they usually fail spectacularly. Having preference shares normally means that investor loses about 95% of their investment, rather than 100%.

Early stage company life is tough enough without having misaligned interests. As much as I would like to think that as an investor, I add value to any company I invest in, the reality is that it’s the founders and management that add real value. If the management feel, at any point, that their effort isn’t worth it, they simply won’t put the effort in. If that happens, the investment is dead in the water and no amount of preference multiple will make your investment successful. As investors we need founders to make that effort so it is in our interests to incentivise them fairly.

Even if an investment is successful, if the founders feel that the returns were somehow unfair then they won’t speak highly of the investors. I have heard plenty of entrepreneurs berate investors, with preference shares being a common theme of disquiet. I have never heard an entrepreneur say “well, maybe my valuation was crazy and that’s why the investors took preference shares.” However what’s worse than a few less than complimentary comments is that if entrepreneurs feel hard done by, they won’t consider starting another company.

As an industry, we need as many serial entrepreneurs on this side of the pond as we can get. They nurture first time entrepreneurs giving them the benefit of their experience and mistakes. If the terms of an investment dis-incentivise people from starting another company, then we are doomed to invest in first generation entrepreneurs who will make the same mistakes as those who have gone before them. By treating people fairly, having aligned interests and winning equally when success happens, we encourage people to become serial entrepreneurs, which can only be a benefit for our industry.

In an ideal world, investors would take ordinary shares in companies. That way everyone is treated equally, wins equally (hopefully) or loses equally (hopefully not). I’m not so naïve as to think that this is going to happen anytime soon. So my plea to all investors is that if you have to take preference shares (and I mean really have to), keep them to 1x non-participating preference shares. That way you get the downside protection you need but everybody shares equally in the upside.  The founders are aligned to put in all the effort you need them to and are more likely to do it all again after the exit.  That can only be a good thing. 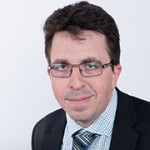