So perhaps that would explain the temporary influx of 75 Polish scientists to Cambridge University this summer. But it doesn’t.

The scientists are here to attend a training programme being delivered by Cambridge Enterprise’s International Outreach Programme (IOP). The training programme, known as the Top 500 Innovators, is part of an ongoing effort by the Polish Ministry of Science and Higher Education to bridge the gap between academia and business in Poland.

To that end, the IOP is delivering a nine week training programme to provide the participants with the skills they need to manage cooperative research projects in Poland and bring high-technology products to the market. The focus is on innovation, intellectual property and technology transfer, execution, entrepreneurship, and leadership.

Why is Cambridge Enterprise involved?

Cambridge University is recognised globally as a world-class university, ranked 5th in the world, and the city of Cambridge is acknowledged as the one of the foremost technology clusters.

With such a strong reputation it is no surprise that the University is repeatedly asked to share its knowledge of technology transfer, and to provide advice and training to universities, research institutions, innovation agencies and government policymakers around the world. For nearly five years Cambridge Enterprise, the commercialisation arm of the University, has been delivering training, coaching and mentoring to scientists and technology transfer staff from countries as diverse as Brazil, Colombia, Chile, Kazakhstan and China, among others.

These training programmes sometimes last just a few days but many last months or even years (as in the case of the three-year relationship with the University of Campinas in Brazil). As with all good relationships, the initial connections develop and grow over time, leading to collaborative work and research partnerships that might not have otherwise occurred.

Equally importantly, Cambridge University learns through teaching. Showing others the way in which Cambridge commercialises its scientific innovations helps Cambridge Enterprise build a better understanding of its own processes and a clearer picture of its strengths and weaknesses. In so doing Cambridge Enterprise is able to mature and adapt to the increasingly complex task of maintaining Cambridge University’s world leading reputation for innovation and entrepreneurship.

If you are going to preach collaboration then you had better practice it too. So Cambridge Enterprise invited the University of Oxford to deliver a third of the curriculum for the Top 500 Innovators. In this way the Polish scientists gain a broader and deeper perspective on research, innovation and commercialisation in the UK by experiencing the ecosystems of both universities.

A key component of the curriculum is the i-Teams project, which runs throughout the nine weeks, allowing the scientists to work in multidisciplinary teams to build commercial strategies for real technologies developed by their own universities or research institutes. While the programme is only 50 percent complete, the teams are already making real progress, forging ahead with direct contacts with potential customers and partners.

Brian is an Associate Entrepreneur with Cambridge Enterprise and has been co-managing the International Outreach Programme since 2012. He is an experienced entrepreneur and business mentor having spent more than 30 years’ marketing leading (bleeding) edge technology. He has worked in some of the world’s largest technology companies (British Telecom and France telecom, among them) as well as managing and founding start-ups. 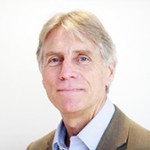