Dr O’Brien will take over as Chief Executive in September 2021. 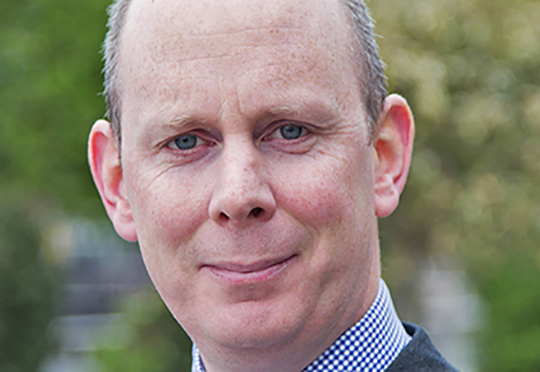 Dr O’Brien is to take over one of the world’s most successful university centres for technology transfer from outgoing Chief Executive Dr Tony Raven. Dr Raven has grown Cambridge Enterprise into an innovation powerhouse with a portfolio of spin-out companies that has raised billions in follow-on funding and helped power the UK’s thriving innovation economy.

Dr O’Brien comes to Cambridge Enterprise from his role as Chief Innovation & Enterprise Officer at Trinity College Dublin, where he has had overall responsibility for the development and enhancement of the college’s innovation and enterprise strategy. In particular, he led the establishment of a new innovation campus—Trinity East—and the creation of the Grand Canal Innovation District.

Prior to this, Dr O’Brien was Director of Trinity Research and Innovation with responsibility for both the Research Development Office and the Office of Corporate Partnership and Knowledge Exchange. In that role he led the establishment of the University Bridge venture fund, which is ranked in the world’s top five collaborative university funds, according to Global University Venturing.

While at Trinity, Dr O’Brien was also the Executive Director of CRANN, an internationally recognised centre of excellence for nanotechnology and materials science research.

Dr O’Brien was a Research Fellow at Princeton University. He has a PhD in Physics from the University of Sheffield and a degree in Materials Science from Trinity College Dublin.

I’m pleased to announce the appointment of Dr O’Brien as Cambridge Enterprise’s new Chief Executive. He has an impressive track record of working in higher education and with business and government, and his expertise in innovation will be an enormous asset to the University. Under the direction of Dr Tony Raven, Cambridge Enterprise has thrived and grown into one of the most vibrant knowledge transfer centres in the sector - generating innovation, commercialisation and employment, and contributing to society through research. I am delighted that Dr O’Brien will drive forward this extraordinary success story.

Diarmuid’s great ability to bring together government, industry, and academia - amply demonstrated by his leadership on the establishment of the Grand Canal innovation district in Dublin - coupled with his university background and his operational experience at Irish and Swiss spin-outs, make him the ideal candidate to lead Cambridge Enterprise in the years ahead.

The University of Cambridge is one of the world’s top research universities with a global reputation for the impact its discoveries have made. It will be a great privilege to support Cambridge academics in applying their research to some of the world’s most challenging problems and to work to enhance the broader Cambridge innovation and entrepreneurship ecosystem.