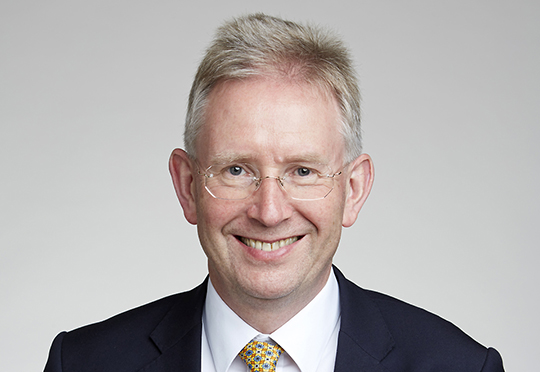 A biological chemist, Chris pioneered the field of fragment-based drug discovery. A major focus of his research was understanding the mechanisms of key enzymes and the discovery of their inhibitors. This work could lead to new treatments for diseases such as tuberculosis, cystic fibrosis, and cancer.

Chris also made important contributions to the development of microfluidic picodroplets as a platform for experimental science, with applications in cell biology, chemistry, and materials science. This led him to co-found Sphere Fluidics (2010) and Aqdot (2013).

His success as an entrepreneur made Chris a natural ally in the creation of Cambridge Enterprise 15 years ago. His enthusiasm for commercialising academic research won over many who were initially skeptical and led the University as whole to see it as a worthy and important activity. Chris also aided Cambridge Enterprise’s mission by grasping the unique and vital role that postdoctoral researchers play within the University and inculcating this view in a number of ways, including his service as the University’s first Director of Postdoctoral Affairs.

A digital condolences book has been set up at: www.remembr.com/professor.chris.abell

His intelligence, insight, drive, and huge influence were decisive. Equally important, Chris was not a man who sought the limelight, but instead supported the success of others.

I am saddened for his family, friends, and colleagues and I am very sad myself. I am remembering with gratitude Chris’ support on the Board and his exemplary entrepreneurial work as well as that of a scientist and academic leader.

Even after stepping back from direct involvement, Chris continued to play influential roles in building strong support in the University for entrepreneurial activities and for Cambridge Enterprise through his enthusiasm and the high respect in which he was held.

In addition to all of his other activities, Chris was a prime mover for integrating postdocs in the University. We scientists have lost an important member of our community, a real driving force for science.

Alan Fersht, Emeritus Professor in the Department of Chemistry and former Master of Gonville and Caius College