This funding will be used to build commercial operations based on a new drug discovery platform developed by the laboratory of Dr Ashok Venkitaraman at Cambridge University that can unmask cryptic drug-sites in key disease targets and pathways currently considered undruggable by the pharmaceutical industry.

Due to advances in the speed and cost of sequencing the human genome, a diverse array of potential targets to attack cancer and other complex diseases have now been defined. However, using conventional pharmaceutical approaches, the majority of these targets are therapeutically inaccessible, or undruggable, at this time. Based on PhoreMost’s proprietary ‘Protein Interference’ technology, the company has developed ‘SiteSeeker’, a next-generation phenotypic screening platform that can identify the best new targets for drug development and, crucially, how to drug them.

I’m delighted that an influential group of experienced investors has chosen to support PhoreMost, enabling the commercialisation of research in my laboratory that has developed the SiteSeeker platform.

‘SiteSeeker’ has three main uses. It can define key disease impacting steps in cellular pathways, which cannot be predicted a priori, by using empirical live cell ‘phenotypic’ assays. Secondly, it can simultaneously identify hidden druggable sites in these targets. And thirdly, it can form a seamless assay system to de-orphan these newly identified target sites with small-molecule drug candidates, thus pinpointing the best starting points for future drug development.

Using ‘Site-Seeker,’ PhoreMost has identified drug candidates to a novel synthetic-lethal target for KRAS, and is soliciting collaborative partners for further development. PhoreMost is managed by an experienced commercial team and supported by world-renowned experts in oncology, biochemistry and drug discovery. Dr Chris Torrance was a founder of Horizon Discovery (LSE: HZD), which completed its IPO in March 2014, raising £37.8 million of new money. 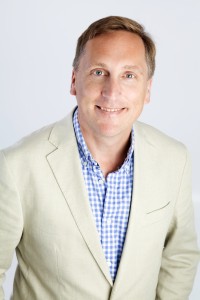 Dr Torrance has significant oncology research and development experience, including six years as a senior manager at pharmaceutical company, Vernalis and seven years as CSO of Horizon Discovery. Dr Torrance holds a PhD from East Carolina University and completed a Post-Doctoral position in the laboratory of Professor Bert Vogelstein (Johns Hopkins University), where he pioneered the use of genetically defined cell lines as cancer models in high-throughput screening and drug discovery.

Dr Ashok Venkitaraman is the Ursula Zoellner Professor of Cancer Research at the University of Cambridge, and the Director of the Medical Research Council (MRC) Cancer Unit. He is internationally recognised for his contributions to understanding the genetics and biology of cancer, particularly in elucidating the impact of genome instability in carcinogenesis and cancer therapy. Dr Venkitaraman leads a multidisciplinary initiative to pioneer new approaches for drug discovery in both Cambridge and as Director of the Centre for Chemical Biology and Therapeutics at the National Centre for Biological Sciences, Bangalore. Dr Venkitaraman has worked extensively with industry, with SAB positions in multiple biotechnology and pharmaceutical companies. He has been elected a Fellow of the Academy of Medical Sciences, London, and is a member of the EMBO European academy, Heidelberg.

We are thrilled to have the backing of investors who share our passion to more efficiently translate advances in human genetics into a more effective range of new ‘precision medicines’.

Dr Torrance commented: “We are thrilled to have the backing of investors who share our passion to more efficiently translate advances in human genetics into a more effective range of new ‘precision medicines’. The technical key to this goal is to focus and accelerate the development of novel drugs towards the most impacting disease targets. However, these are difficult to define upfront and invariably hard-to-drug using conventional drug design technologies once known. ‘SiteSeeker’ will address both of these current bottlenecks in drug discovery, and thus potentially open up many new therapeutic avenues for a range of intractable diseases in the future.”

Dr Ashok Venkitaraman, co-founder of PhoreMost, added: “I’m delighted that an influential group of experienced investors has chosen to support PhoreMost, enabling the commercialisation of research in my laboratory that has developed the SiteSeeker platform. We are well positioned to exploit our disruptive new approaches for drug discovery at a time when the pharmaceutical industry seeks to widen its pipelines.”