Teri Willey saw the company through its incorporation as a wholly-owned subsidiary of the University in December 2006.

Her tenure as Chief Executive was a period of significant achievement for Cambridge Enterprise. In the three completed financial years since its incorporation, the company has completed 878 technology transfer transactions, seen a 73% rise in consultancy activity, and made 17 investments in companies based upon University research.

Teri’s leadership has established Cambridge Enterprise as an integral part of the research activities of the University of Cambridge.

Over the same period, total income from licensing, consultancy and equity transactions exceeded £27 million, with £22 million of that amount returned to University researchers and departments.

Some notable highlights from the Cambridge Enterprise portfolio of over 600 active license agreements include Campath, a treatment for leukaemia developed in the Department of Pathology which is now in late-stage clinical trials against multiple sclerosis; CASTEP, a materials simulation toolkit used in a wide range of industries; and VeriPsych, the first and only blood-based diagnostic test to aid in confirming the diagnosis of recent onset schizophrenia. 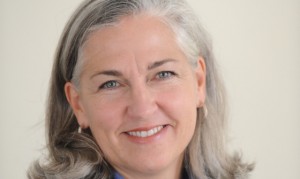 Cambridge Enterprise also manages equity in more than 70 companies on the University’s behalf. Since 1995, University of Cambridge spin-outs have raised more than £600 million in follow-on funding, bringing substantial UK, US and European investment to the region, and employ close to 2,000 people.

Since 1995, University of Cambridge spin-outs have raised more than £600 million in follow-on funding

“Teri’s leadership has established Cambridge Enterprise as an integral part of the research activities of the University of Cambridge,” said Edward Benthall, Chairman of Cambridge Enterprise. “She has strengthened a team of committed and highly talented professionals whose advice and support is freely sought by academics in all the major research departments of the University. Her talent and her wisdom have assisted materially in the achievement of the University’s mission to contribute to society, not just over the last five years but for many years to come.”

Dr Richard Jennings, currently Deputy Director and a Board Member of Cambridge Enterprise, will serve as Interim Chief Executive from 1 May.