The University of Cambridge and King’s College London have jointly developed intellectual property (IP) regarding the underlying cellular mechanisms that cause the calcification (or hardening) of arteries and veins as we age. These biological processes can cause vascular diseases and, through impeding blood flow, can cause heart disease and stroke. The recently licensed IP includes a patent application and know-how relating to the use of PARP inhibitor drugs for the treatment of vascular disease. This IP has been licensed by Cambridge Enterprise, the commercialisation arm of the University of Cambridge, to Cycle Pharmaceuticals.

Professor Melinda Duer, Professor of Biological and Biomedical Chemistry at the University of Cambridge, summarised the discovery: “Poly ADP ribose (PAR) synthesised by Poly ADP ribose polymerase (PARP) enzymes is involved in many cellular processes. One of these processes is the repair of single-strand DNA breakages (nicks). Preventing the repair of such DNA nicks can weaken cancerous cells. Many companies are developing drugs that inhibit the PARP/PAR process (PARP inhibitors) to act in this way against various cancers.
Through our understanding of PARP/PAR processes that also occur in new bone formation, we have recently discovered that the calcification of the vascular system is also triggered by PARP/PAR processes that release PAR from dying cells in the vascular wall.”

PARP inhibitor drugs could provide a treatment for vascular diseases, all because of this breakthrough in the understanding of the cell-level chemical and biological processes involved.

Professor Cathy Shanahan, Professor of Cellular Signalling at King’s College London, further explained: “The release of PAR from vascular wall cells is essential for the process of mineral deposition on the inside of the vascular wall. Over time, however, this calcification process leads to the hardening of arteries and veins. This impedes blood flow, can cause vascular obstructions, and eventually can lead to heart disease and stroke.” 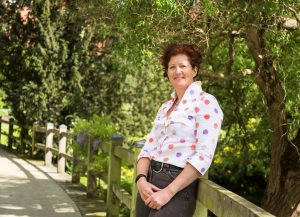 James Harrison, Executive Chairman of Cycle Pharmaceuticals commented: “We are very pleased to be working alongside such acknowledged experts at the University of Cambridge and Kings College London on this important project. PARP inhibitor drugs could provide a treatment for vascular diseases, all because of this breakthrough in the understanding of the cell-level chemical and biological processes involved.”

Antonio Benedetti, CEO of Cycle Pharmaceuticals added: “There are existing drugs that are PARP inhibitors, and there are drug candidates in the clinical pipeline that are PARP inhibitors. Our work to repurpose PARP inhibitor drugs to treat vascular disease is already making significant progress. This project underlines our commitment to the belief that many drugs can be further developed to address additional needs beyond the first-approved medical use. If the project is successful, we will look to commence clinical trials as soon as practical.”