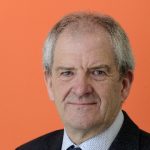 Successful spin-outs make the news, but it’s a truism that shares may go down as well as up, and substantial rewards from equity realisations are rare. While CE has an admirable track record, positioning new companies so that they are optimally poised to attract further funding and support requires serious resources of time, effort and money.

Licensing can be a less onerous and resource-intensive process that liberates inventions from their academic roots, allowing research outcomes to directly impact society. It is a rich source of innovation for companies that have the resources and expertise already in place to take new products to market. As for the academic inventors, they are able to remain in their current university roles, doing what they do best and without the time commitment that start-up companies often require.

Benefits for academics include upfront payments, annual fees, consultancy arrangements and, in the longer term, a flow of royalties, both for the inventors and their universities. Such royalties have the potential to provide both short-term, albeit modest, returns and potentially long-term, significant incomes.

Licensing is a lucrative and viable route to commercialisation but this hasn’t always been the case.

In previous decades, UK university inventions were regarded with some suspicion. Academics and technology transfer officers were seen as both commercially naive and optimistic, lacking in market knowledge and wildly overvaluing their embryonic ideas. The NIH (‘Not Invented Here’) effect was common in industry as was a ‘real men don’t license’ attitude. Companies would assume they knew best when it came to the market, and there was little interest in disruptive ideas from unworldly academics. In the companies’ defence, ideas often had little real world validation and funding from industry was sometimes diverted into an academic’s pet subject rather than addressing the more pressing problems of the sponsor.

European companies and investors took a conservative approach, insisting on having intellectual property (IP) assigned to them or their companies, as they believed ownership of IP was essential for its commercialisation. Sadly, this seemed to show a greater interest in having an asset to dispose of should the project fail, rather than an enthusiasm for making it a success. Performance requirements were resisted strongly on the grounds that a university having any say in their business conduct and by implication, the investors’ money, was quite out of the question and ultimately far too risky.

The Bayh-Dole act of 1980 enshrined in statute the ability of US universities to own their federally-funded IP and license it to industry. From a European perspective, US companies seemed better at understanding the concept of working under licence, or they did when negotiating with the likes of MIT and Stanford, and that freedom to operate, rather than ownership of IP, was all that was needed (that was all Stanford and MIT would give them) to grow a successful business. The risk profile of universities, and certainly these Universities, as not-for-profit organisations, was understood and a mutual recognition that licensing had long term benefits existed.

However, we must remember that the investor ecosystem is very different in different parts of the world. The ability of Stanford to license IP to new spin-outs, funded by the Valley, in a similar way that they would license to large corporates – because to do anything else would be unfair to the large tax paying giant companies of North America – does not translate to the UK. Until now, patient capital was unheard of and investors intent on a return at all costs were the only game in town.

While spin-out companies were of interest to universities as potential licensees, they were founded by external investors and had uncertain futures. Any income from equity tended to be intermittent and lumpy. Licences retained control, could be recovered if a company failed or changed directions, had far better long-term prospects and enabled universities to discharge their societal responsibilities. Universities were robust in their requirements that licensees should actively exploit their inventions, rather than shelve them or use them defensively.

Today universities are well recognised as sources of valuable commercial innovation. Technology transfer officers and companies too have been on steep learning curves, and the potential value of university technology is much better understood.

Collaboration is rife; a more mature perspective driven by the needs of the technology and the ambitions of its inventors prevails. The future for licensing, whether to existing companies or to new development vehicles, looks bright. Still, it is crucial that the important role licensing plays in effective technology transfer continues to be recognised and supported.

Richard Jennings is the former Deputy Head of Cambridge Enterprise. After 26 years on the learning curve, he retired in 2015.