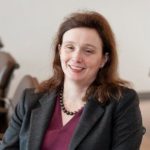 University of Cambridge graduate and music scholar Ed Rex found a potential solution to this problem after attending his first computer science lecture. He came to realise that if computers could be taught to compose decent music, then an infinite variety of unique compositions could be created, ready-tailored to the environment and number of seconds of music that the user wanted. Better still, music created this way would be royalty free and so much cheaper than current sources.

CIC has just led a £2m further funding round, giving the company the means to promote its first commercially available product, Jukedeck MAKE.

Armed with this idea and plans to turn it into a fledgling business, Ed turned to Cambridge Enterprise (CE) for help in 2012. CE provided initial seed funding and guidance and, when the company needed further funds in 2014, they introduced him to Cambridge Innovation Capital (CIC).  CE recognised that if Jukedeck was to be the success that it hoped, further funding and nurturing would be required. This most logical place to look for that was in its ‘sister’ investor, CIC. The first follow-on funding round of Jukedeck in mid-2014 therefore became the first co-investment of CE and CIC.

Fast forward 18 months and the Jukedeck team has expanded to a bunch of 13 highly tech-savvy musicians, with Ed’s fellow King’s College chorister Patrick Stobbs having joined him from Google in 2014 as Chief Operating Officer. As the company matures, CIC’s involvement has expanded too, with CE taking a supportive role having set-up Jukedeck and sent it on its way. CIC has just led a £2m further funding round, giving the company the means to promote its first commercially available product, Jukedeck MAKE. This was launched to much acclaim, together with the odd bit of rapping from the founder, at the Techcrunch Disrupt London Startup Battlefield competition in December 2015.  With 400 hours of video uploaded to YouTube every minute, Jukedeck certainly has a very large market to aim for.

You can watch Ed ‘rap’ his pitch at the competition here:

And if you would like to try it making your own music, go to www.jukedeck.com.