Ideas to Reality: celebrating past successes, looking to the future 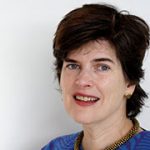 That’s because some 230 of Cambridge’s leading academic entrepreneurs were gathered inside, celebrating ten years of transforming University ideas into commercial reality.

The occasion was Ideas to Reality, an event Cambridge Enterprise has hosted every year since its founding. To mark our tenth anniversary, Ideas to Reality 2017 was bigger than ever and designed to highlight a decade of success stories in tech transfer, consultancy and investment.

Arrayed around the Georgian Gothic hall were ten exhibits, featuring nine world-changing innovations Cambridge Enterprise has helped to commercialise over the past decade:

Jukedeck, using artificial intelligence to revolutionise the way we make and consume music;

Cambridge Enterprise chief executive Tony Raven welcomed everyone and thanked all the groups behind these success stories and many others—“the investment, angel, mentor and business communities who have contributed so much, both directly and through the unique and powerful ecosystem Cambridge has created, and those across the University who have contributed in so many ways, from the Chancellor and Vice-Chancellor down”.

Speaking on the day that Article 50 was triggered, Kingman began by noting it was a “fateful day” that would bring many challenges. “In a world where we have to think very hard about how we’re going to earn our living as a country outside the European Union,” said Kingman, “we have to think really deeply about what we as a country are really good at and we really have to back that and go after it big time.”

The answer, at least in part, is science and innovation. Kingman pointed out what has been remarkably consistent Government support for science and innovation since 2004. Why have successive Governments made that choice, often in trying economic times? Quite simply, he said “it is smart macro-economic policy. If I wanted to demonstrate to anyone why that is, ‘Exhibit A’ would be the people in this room….the Cambridge Cluster is just an extraordinary phenomenon.”

It was a fine affirmation for ten years of support by Cambridge Enterprise for University innovation and the many decades of research and innovation that led to its creation. It was, unsurprisingly, greeted by thunderous applause.