From Westminster to West Cambridge

My own background is in politics, having worked for a County Council, two MPs and an MEP. Most recently I worked in Westminster as Parliamentary Researcher to Sir Robert Smith, who served as the MP for West Aberdeenshire and Kincardine. The constituency is home to the North Sea’s oil and gas sector, and the town of Westhill, in particular, is a global centre of excellence for subsea engineering. It was there that I learned about the oil and gas industry, its vast supply chain and export industry.

My work with Sir Robert – who was a member of the Energy and Climate Change Select Committee – allowed me to immerse myself in the minutiae of UK energy policy, such as the complex issues surrounding smart metering, shale gas, nuclear power and low carbon innovation. While inquiries could be rather dry and technical, it was exciting to work on policy that had a direct effect on industry, business and families across the country.

I didn’t know what life at Cambridge Enterprise would be like trading the corridors of Westminster for the laconic West Cambridge site. It’s been an interesting experience to swap a view of Westminster Hall and the Elizabeth Tower for grazing horses and high-tech laboratories. It’s been more interesting still to get to grips with the ins and outs of technology transfer, seed funding and consultancy.

But there are some similarities too, not least the use of some rather baffling acronyms and technical jargon. Most importantly though, I’ve found that at Cambridge Enterprise I’m again witness to activity that creates societal and economic impacts, this time through work that supports the transfer of knowledge. There is an awful lot for me to learn, but so far working at CE has been an eye-opening and enjoyable experience. It’s fascinating to see just how CE and knowledge transfer fit in, forming another piece of the puzzle as a crucial link between research and industry.

And to anyone who might be tempted to suggest some similarities between some of Cambridge Enterprise’s team and the more colourful characters I used to encounter in Parliament, in the words of Francis Urquhart, of House of Cards fame: “You might very well think that; I couldn’t possibly comment.” 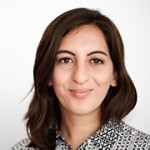