But let’s start from the beginning.

David did his PhD and worked as a postdoc at the University of Cambridge in Professor Julian Allwood’s group in the Department of Engineering, researching how to reduce carbon emissions in the paper industry. Julian’s group works on industrial ecology to improve the supply chain by minimising energy consumption and by maximising materials efficiency, focusing on five essential engineering materials: steel, aluminium, cement, plastic and paper.

The particular research on paper started before David’s time with one of Julian’s earlier PhD students, Thomas Counsell, who tried to find strategies to eliminate stages in the lifecycle of paper in order to cut carbon emission. Julian and Thomas started exploring the interesting possibility of cutting out paper’s recycling stage altogether and instead directly reusing the same paper by removing the print. To achieve ink removal they explored mechanical abrasion, chemical etching and started work on what would become David’s main focus of research: laser ablation – the evaporation of print due to laser irradiation.

In the digital era of ebooks and tablets, you can now create a masterpiece, print it and make it disappear from the paper it was written on.

The idea of using lasers to remove print from paper isn’t, however, new. The first piece of literature on the subject came from Professor Arthur Schawlow, one of the original inventors of the laser (believe it or not). During his research on the first visible laser in the 60s he found a possible use of the new device he developed at Bell Labs to remove ink from his typewriter pages to correct mistakes. But this result, together with other reported uses of lasers to remove stains from old books for preservation and conservation, was not picked up in the application of full scale ink removal as an alternative to recycling until David, Julian and Thomas came along.

The first experiment that proved the idea could work arrived early on in David’s PhD: about six months after starting his work, using borrowed equipment from another lab in the department, he showed that a pulsed laser could remove printed toner without damaging the paper fibres. From there it was ‘just’ a matter of mapping the universe of parameters for which unprinting could work (wavelength, energy, pulse length of lasers, types of toner and paper, etc.), understanding how it could be scaled up as a manufacturing process and quantifying its benefits versus existing alternatives in the lifecycle of paper (such as recycling or discarding paper in landfills). This universe of data was nicely wrapped up in the publication of a paper in the journal Proceedings of the Royal Society A. This paper triggered a media buzz in early 2012, being picked up by the New Scientist, BBC News, and the Telegraph, among others. And all this attention unlocked something in David’s and Julian’s minds regarding the value of their idea. It showed them that, despite the fact that some of their earlier publications on laser unprinting didn’t receive the same attention, their idea was now perceived as interesting and worth talking about, maybe even ecologically revolutionary: ‘[…] widespread adoption of the practice could not only save trees but significantly reduce climate-change emissions from paper manufacturing and recycling as well’ wrote Edward Moyer from CNET. They both understood that in order to show the ecological impact of the idea it needed to be pursued beyond academia and put into practice.

Armed only with their academic background, Julian and David tried to find a route to translate their idea of unprinting into a commercial proposition through ‘conventional’ routes, assessing the value of its intrinsic intellectual property. But the core concept of unprinting through laser ablation was patented by Schawlow himself in the 60s and was already disclosed in several other publications. Unable to patent, David and Julian got discouraged and for a year or so the whole idea was put to the side. Things took off when David’s friend and serial entrepreneur Hidde-Jan (HJ) Lemstra after a year-long negotiation convinced David to set up a company, find funding and take a leap of faith to make the step from academic research into the growth and development of a commercial product despite the initial difficulties encountered. HJ brought to the table his strong commercial initiative and know-how, and an incredible vision and belief in the potential of this venture. In David’s words: ‘HJ made a big commitment to make this idea grow: he was really the key commercial driver’, and ‘he was also a necessary factor, because most academics like me don’t even understand what it takes to develop a technology into a commercial reality’.

So the journey began: Reduse was founded as a company and reality did not waste any time to hit. Transforming a proven idea into a commercial product, even an unrefined prototype, is no easy task. And selling a commercial proposition at the idea stage is even less of one. Convincing an investor to invest so early, when a lot of resources are required to turn a bunch of good scientific papers into a working prototype is extremely difficult, even when you have a simple and powerful idea like that of unprinting. It was while pitching to the investment group London Business Angels that David and HJ realised that their proposition was not enough to secure funding without a prototype. The investors wanted them to do more work. So David and HJ rethought their strategy and started smaller to grow faster. The first money came in by winning the Climate KIC Venture Competition thanks to HJ’s pitching skills. With that money, David and HJ were able to get experienced people (the much needed ‘grey hair’) in management (such as experienced board member and entrepreneur Stuart Evans, now Chairman of Reduse) and later in product development (with Tony Dunn, formerly of Sentec, now CTO of Reduse) onboard, gaining credibility for the company, access to a bigger network and valuable experience.

With an improved team, and commercial and value proposition, HJ went back to investors and managed to secure a first round of seed funding from Cambridge Enterprise and the University of Cambridge Enterprise Fund.  Amongst other things, this funding meant that David, until that point still a postdoc in the University and unable to quit the position without losing his right to work in the UK, could finally secure a visa linked to Reduse and transition into his current role of Chief Scientist. Reduse now has four full time employees, several patents on different aspects of the technology, and is followed with interest (to put it elusively) from several major international printing corporations.

David, born academic and now first-time entrepreneur, has learned a lot in the process of creating his own start-up. He learned that it is harder than you expect it to be, much harder. But also that if you have the right people alongside you, you can make it happen. You need someone that sees and believes in the commercial potential, while you concentrate on solving the technical problems. You need to find the balance in the yin-yang of technology commercialisation. And the best advice he could give to someone who would like to walk his same path is to get good advice from experienced people: ‘I think many academics don’t have the business experience or knowledge to really understand what needs to be done. And at the same time they might be jealous of their ideas and don’t want people to steal them. But I think it doesn’t hurt to go talk to the right people with commercial and business expertise and get their advice.’

So as I write this from China, the land of yin-yang, where printing with wooden blocks was first developed around 200 A.D., with David’s tale of unprinting we have gone full circle some 2000 years later. In the digital era of ebooks and tablets, you can now create a masterpiece, print it and make it disappear from the paper it was written on. But luckily the Latin proverb still stands as ‘scripta manent’ still in our hard drives, cloud back-ups and the Internet. 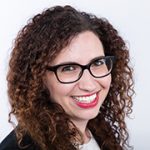