Changing the world, one number at a time

Latest Blog Changing the world, one number at a time

I found that the attention to detail demanded by numbers, the need to analyse minutely but also see the bigger picture, and the fact I take a perverse joy in exams meant that accounting was something I could at last ‘stick at,’ (much to my parents’ relief).

After three years I gained my ACA qualification and made the decision to move from the Big Four Company where I had trained. Fortuitously, I saw a vacancy for a financial accountant at a subsidiary of the University. I had a feeling that this could be my way of using my qualification for the greater good…

Who could fail to be excited by the University of Cambridge’s mission, to contribute to society through the pursuit of education, learning and research? It seemed clear to me that Cambridge Enterprise (CE) was key to the dissemination of ideas generated within the University. While at that point, back in 2007, it had only recently been incorporated, I knew that I wanted to be involved.

Over the past eight years, I have worked in CE’s Finance team and supported those on ‘the front line’ in Technology Transfer, Consultancy and Seed Funds. I have heard of ideas that have the ability to change and improve millions of lives all over the world; more efficient methods of sourcing renewable energy, life altering medical devices, and some gadgets that would not be out of place in the hands of 007. I do not pretend to understand the scientific or techie background to all the ideas that I hear about, but what I cannot fail to see is the impact they make and the possibilities they realise.

It has been just over ten years since I graduated and I have gone from having no idea where I would end up, to feeling each day as if I am in just the right place. The buzz that surrounds Cambridge Enterprise is infectious, and the feeling that I am helping, in my own small way, to achieve the University’s mission and make the world a better place is one that gives me great satisfaction.

Much to my Mother’s delight, I have found something that I am certain about. 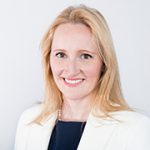