The UK’s research base is vital to the nation’s success said Rebecca Endean, Director of Strategy at UK Research and Innovation, addressing an audience of 200 at Ideas to Reality 2018, held Wednesday in the Great Hall of King’s College.

“The future economic growth and well being of this country will come from the knowledge base in the country,” Endean said. Her remarks, made less than three weeks after UKRI’s official launch, were warmly received in the hall filled with many of the city’s leading academic entrepreneurs, investors and business partners.

Before her speech, Endean slowly made her way round the Georgian Gothic hall, taking in ten showcased ventures (listed below). She quizzed entrepreneurs about their technologies and asked over and over how government should ideally support research translation. “You are the doers,” she said, “we are just the enablers.”

Thermocouple licence—known as the “greatest thermocouple innovation in 50 years”

Waterscope—empowering the planet’s bottom billion to ensure their water is safe with a fast, inexpensive testing method that quantifies waterborne bacteria, on site, within two hours 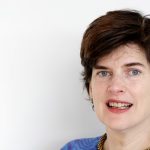