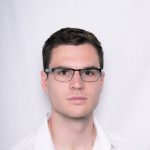 Every year, hundreds of billions of pounds are spent storing, separating, and transporting gases. For example, the use of chemical absorption to separate CO2 from industrial gases cuts the amount of energy that power plants generate by up to 30%, driving up operating costs.

At Immaterial, we have developed a new nanomaterial that could dramatically lower the cost of these activities by enabling gas to be stored at much lower pressures, and separated more efficiently. Porous materials known as ‘metal-organic frameworks,’ which adsorb gas at the molecular level, have been around for more than a decade, but they can only be manufactured as powders, which has limited their commercial applications. Our new process expands these materials into marble-sized pellets, while enhancing the properties of the powder by four times. Our enabling technology could be the key to these materials finding widespread industrial use.

Our journey began in June 2014 with an invention by Tian Tian in the Department of Chemical Engineering in Dr David Fairen-Jimenez’s research lab. With the help of Cambridge Enterprise, our process and product was patented.

It was our experience in the Cambridge Enterprise Postdoc competition that proved an important first-step in developing a credible business plan.

Later that year I became involved through an i-Teams project while in the third year of my PhD. Through that work, I formed a team with David and Tian and incorporated the company in the summer of 2015. We have gone on to win first prize last year in the prestigious RSC Emerging Technologies competition, top honours in the 2015 Cambridge Enterprise Postdoc competition, and I have been awarded an Enterprise Fellowship from the Royal Academy of Engineering to spin-out the company.

The funding we have received from these competitions has meant that our team has been able to start work full-time on the company. Initially being incorporated into ‘rebreathers’ to extend the life of oxygen tanks in anesthesia, our technology could make it significantly cheaper for industrial power plants to scrub CO2 from their output. Much of our time since the competition has been spent testing 100g samples of our material in carbon capture applications with a major industrial partner. We have found our material to be easily regenerated, and to perform in the presence of moisture, both of which are key requirements for successful performance in this application.

Given the strong results of testing, we are now looking to raise funds over the next six months to drive the scale-up of our process and to allow us to deliver kilogram quantities of material to our industrial partners for full-scale testing.

If you’re interested in our company and the opportunities it offers, please get in touch.

The competition is now open for entries for 2016. You can learn more and enter the Cambridge Postdoc Enterprise Competition here.