A call to ARMs 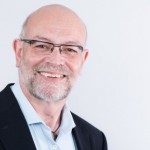 We feel proud of how far the Cambridge cluster has come in the past few decades but also sad to lose one of its brightest stars. Most of all we are clear about what we need to achieve next.

For decades, the commonly held view was that the UK excelled at creating intellectual property but was lousy at commercialising it. Thousands of important innovations were locked up inside British universities, not helping anyone. In 1995 our hope was to see one of our start-ups become a $1bn company or ‘unicorn‘. We’ve now seen 15 start-ups hit that mark. These include Abcam, CSR and Domino among others.

The Cambridge cluster is thriving—it’s Europe’s most successful tech cluster—and Britain is now seen as a place that’s very good at creating start-ups. Silicon Valley, and indeed the world, looks to the UK for fantastic young tech companies to acquire. In the machine-learning area alone, recent acquisitions include DeepMind, Swiftkey, Whetlab and VocalIQ.

All of these Cambridge companies were snapped up by West Coast giants. We’ve had some great exits, but virtually all have involved overseas acquirers. Sage is the sole remaining UK tech company in the FTSE 100. As Japan’s SoftBank makes its huge offer for ARM, there is no British white knight able to ride to the rescue.

At the moment we simply are not able to take companies like ARM to the next level, to grow and retain our own Googles and AmGens. Having become very good company-starters, we now must become finishers. Twenty years ago we set our sights on getting tech start-ups to the $1bn mark; now we need reset our target at $100bn.

What are the steps the UK has to take to achieve this? The answer is not protectionism. Universities have fixed the early stage funding of start-ups with university-based funds dominating early stage venture capital, but they cannot fix the late stage financial and commercial markets. Technology still is not embedded in the thinking of our financial sector, and that needs to change. Some investors, like Woodford and Landsdowne Partners, are leading the way. But the challenge is for government to create the fiscal environment in which we can grow our companies and keep them in the UK. We want to compete with Apple, Google and AmGen—not feed them.

Tony Raven is the Chief Executive of Cambridge Enterprise.